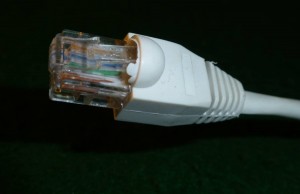 The need to be sure of giving the same information to both sides of the interface means that we have worked with these separate requirements specs. I see an alternative reality.

Working in Rational DOORS Next Generation, I can have an interface requirements specification in a module, with all of the requirements tidily partitioned away.  However, I can reuse (not copy) those requirements in system, or subsystem requirements modules. That is kind of nice, but there is more value to be had.

Many interfaces are layered, either using the OSI model, or something different. There are interfaces between the layers as well as the end-to-end interfaces. An interface specification will often contain multiple layers, and a designer will often be working with a single layer at a time. By reusing the interface requirements across system, or subsystem, requirement specifications, only the relevant requirements are included, and the need to wade through lengthy documentation to find the few key paragraphs is removed.